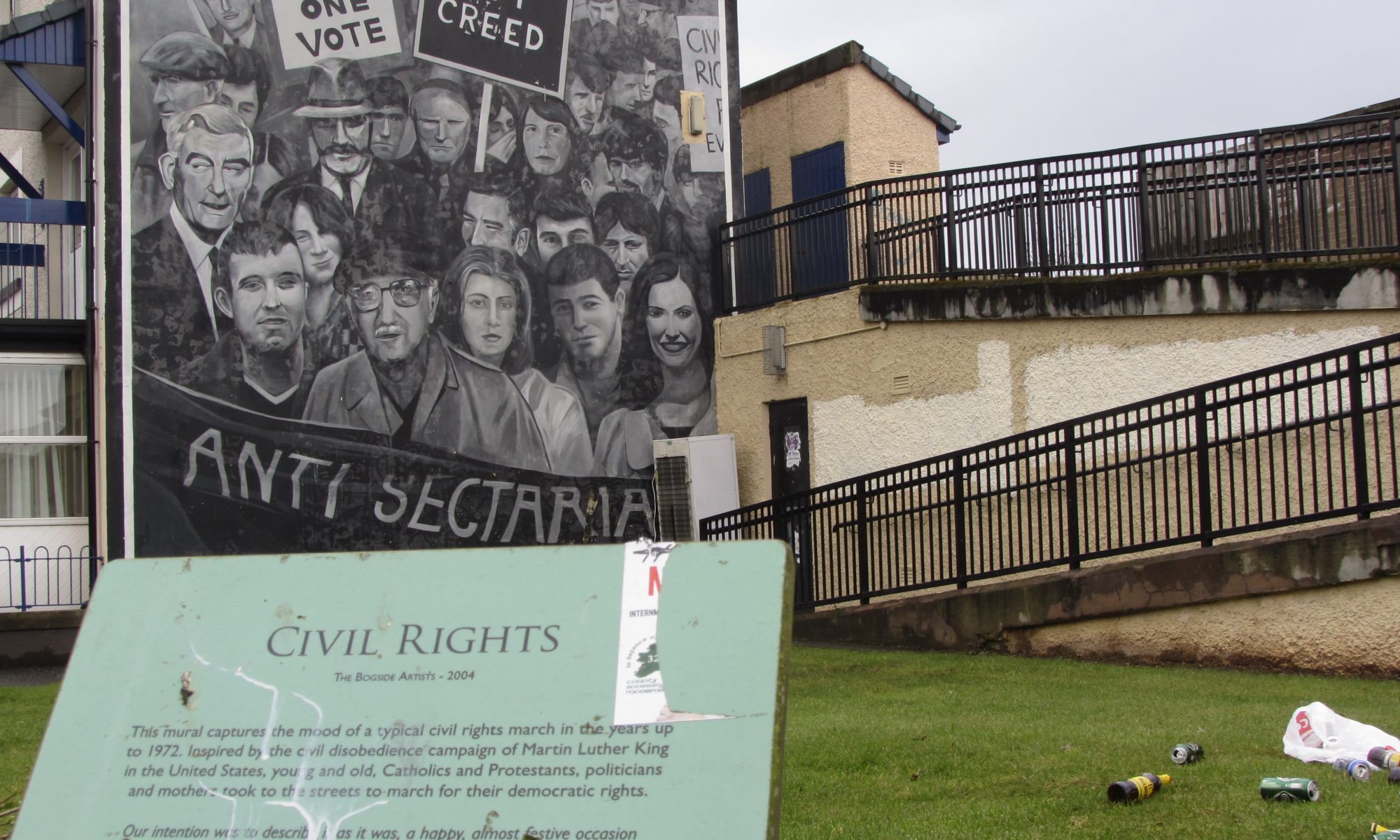 It is always uplifting to hear the sound of the organ playing when you enter a cathedral. But nothing was going to prepare me for what followed when I visited St Columb’s Church of Ireland Cathedral in Derry City last week. I was already ensconced in the guided tour in Derry by Martin McCrossan of the eponymous guided tours company. He had come highly recommended as the man to get if you want to tour the city, and within minutes of walking the walls of this extraordinary city, crammed full of history and stories, I knew why people talked so highly of him.

As part of his guided tour in Derry, within the city walls (Derry is the most intact walled city in Europe, built 1613-19 by English settlers), Martin led me into the Cathedral. He was just telling me about the cannonball perched in the porch of the cathedral, which had been fired into the church during the infamous Siege of Derry in 1689, when the organ struck up. “That’ll be the Dean playing– he plays brilliantly. You want to hear his Danny Boy. Amazing.” Martin said, when suddenly the Dean, the Very Rev’d William Morton,  appeared and said “Hello there, Martin, good to see you. They chatted and Martin was curious to find out who was playing the organ, if it wasn’t the Dean. At this point, the Dean led us up the aisle to meet the source of this heavenly sound.

At the foot of the organ steps we were introduced to Father Paul Farren of Derry’s St Eugene’s Catholic Cathedral and a Franciscan friar, in full robes, who divulged the source. “That is Franciscan Friar Alessandro Brustenghi who is visiting us from Assisi. He loves to play the organ, so the Dean has kindly let us try it out”. It took a few seconds for me to click. Alessandro Brustenghi, the gifted and recently signed tenor, was playing up above, sending ethereal echoes all around this magnificent building. And we were his sole audience.

I was just managing to resist every urge to shout up a request for a quick Ave Maria, when the beautiful friar floated down the stairs and over to join us. The Dean introduced us, and we talked a little about music and his trip to Ireland. “I believe you play a mean Danny Boy” I said to the Dean, at which point the affable Martin persuaded him with a mere wink of the eye and a bit of Derry charm to go up and play it. I don’t think I ever heard a finer rendition, so how could I resist my chance to teach a famous friar the words? Father Farren joined in as we attempted the high notes together, and Allesandro smiled throughout.

I couldn’t help wishing the media was here to see this quiet act of reconciliation, but then I realised that just as these people of different denominations were standing side by side, connected by music and uplifted by song, so many more are doing the same in Derry all the time. Quietly, out of the public eye, because it is the right thing to do. Friar Allessandro wasn’t here for a big press event. He was here, according to Father Farren, to take part in the Pope Jean Paul Awards, which celebrate achievements among the young people of Ireland.

I had come to Derry as part of its City of Culture celebrations. But it’s only by walking with the likes of Martin McCrossan, or meeting the other people who live and work in this progressive city of reconciliation,  such as those who run the moving and fascinating Museum of Free Derry, that you will find the quiet corners of culture. Or just stop still in the city and listen for a while. Because you never know what voices you might hear.

Catherine stayed at one of Derry/Londonderry’s finest hotel, Beech Hill, with beautiful walking trails around the grounds, and an impressive policy of local food sourcing for their legendary ‘Legenderry’ menu. For lunch in the city centre, check out the very cool, and culturally connected Legenderry Warehouse No.1 Cafe (Irish stew a must).

A guided tour in Derry with Martin McCrossan and his team costs a mere £4. The best guided tour you will get for this money, anywhere. And absolutely don’t miss the Museum of Free Derry, as one of the most important museums representing civil rights in the world.