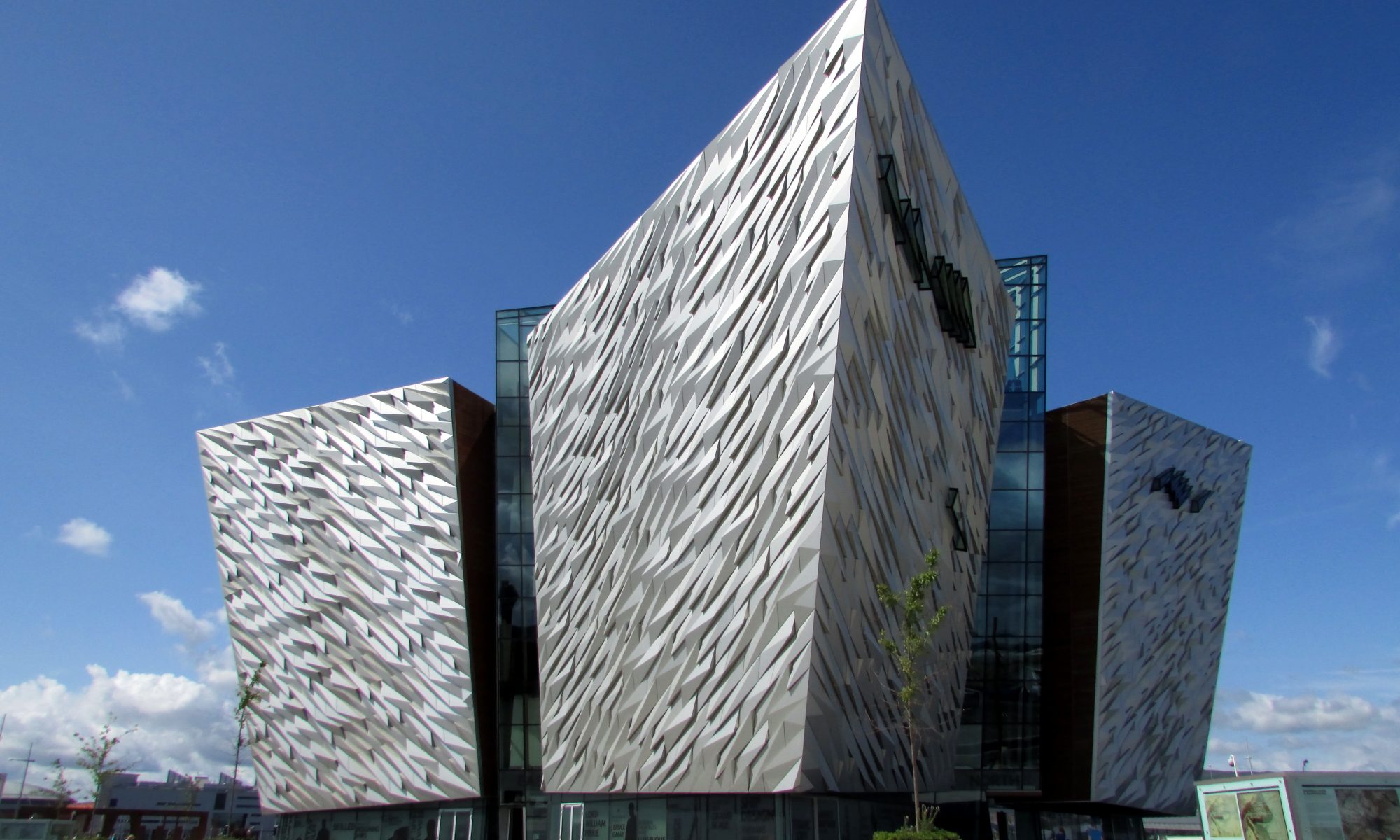 It stands in the middle of a waste ground like a glittering Christmas bauble that is found months after the celebrations are over, lying in a dusty corner of the shed somewhere. It cost millions and it is now the biggest visitor attraction in Northern Ireland, surpassing the Giant’s Causeway. It’s Titanic Belfast, sitting pretty in the derelict urban space where industry once thrived. It shines, it sparkles, it grabs the eye. And yet, it looks weirdly out of place.

Visitors are coming in their thousands to Titanic Belfast (mustn’t forget the all important registered trademark®). Everyone loves the Titanic story after all, the band playing on, the survivors, the human stories, the movie. So, why couldn’t I get out of it quickly enough? Because I just don’t get it. You can put in all the interactive, state of the art technology you want, but this place is still all about a ghastly, tragic event. There are digitalised film versions of exactly how they reckon the ship sank.

There is even a roller coaster ride around the mocked up ship yards of Belfast, reminding me of childhood ghost trains with voices of rope makers, rivet makers and welders echoing along the blackened corridors as we swept past in our 21st century Titanicmobile. Voices from an industrial landscape that was not only very important to Northern Ireland, but was also rife with segregation and sectarianism. Voices of people who were working towards the creation of many great ships but, lest we forget, the most important one for the success of this exhibition, one particular ship which was famous for one thing. Its fateful demise.

But hey, let’s brand it and polish it, merchandise the hell out of it, and sell cakes and scones around it. Because it will pack in the tourist dollars and make Belfast great again. That’s what the marketing moguls say. What with the added attractions of a Game of Thrones exhibition, Father Christmas’ grotto and tapas nights, Titanic Foundation, the limited company which wholly owns the exhibition, knows how to keep this baby afloat.

My ultimate disappointment probably comes from the fact that Belfast is where I grew up. It still suffers from sectarianism. It still suffers from violence. And it still remembers the ghosts from many years of violence. So why, oh why, does a city that is trying, on many levels, to heal and move on choose an attraction that sells death as its centrepiece? Surely we need to breathe life into this country again, not capitalise on personal tragedy and loss? And there are so many places to feel alive in Northern Ireland. Go hiking in the Mourne Mountains, cycle in The Sperrins, canoe around Strangford Lough and surf at Benone Strand in Derry.

These are areas that all need funding, but are not the territory of limited companies. Thank goodness. But they are the future of Northern Ireland. They are the real breathing spaces, and they are what tourists should be coming to see. Because they are beautiful and they are part of our living heritage. And, in my opinion, they are so much more fun. And free. Registered trademarks don’t come cheap after all. £14.75 for a ghost train is a lot of money.

4 Replies to “Titanic Belfast – it didn’t rock my boat”