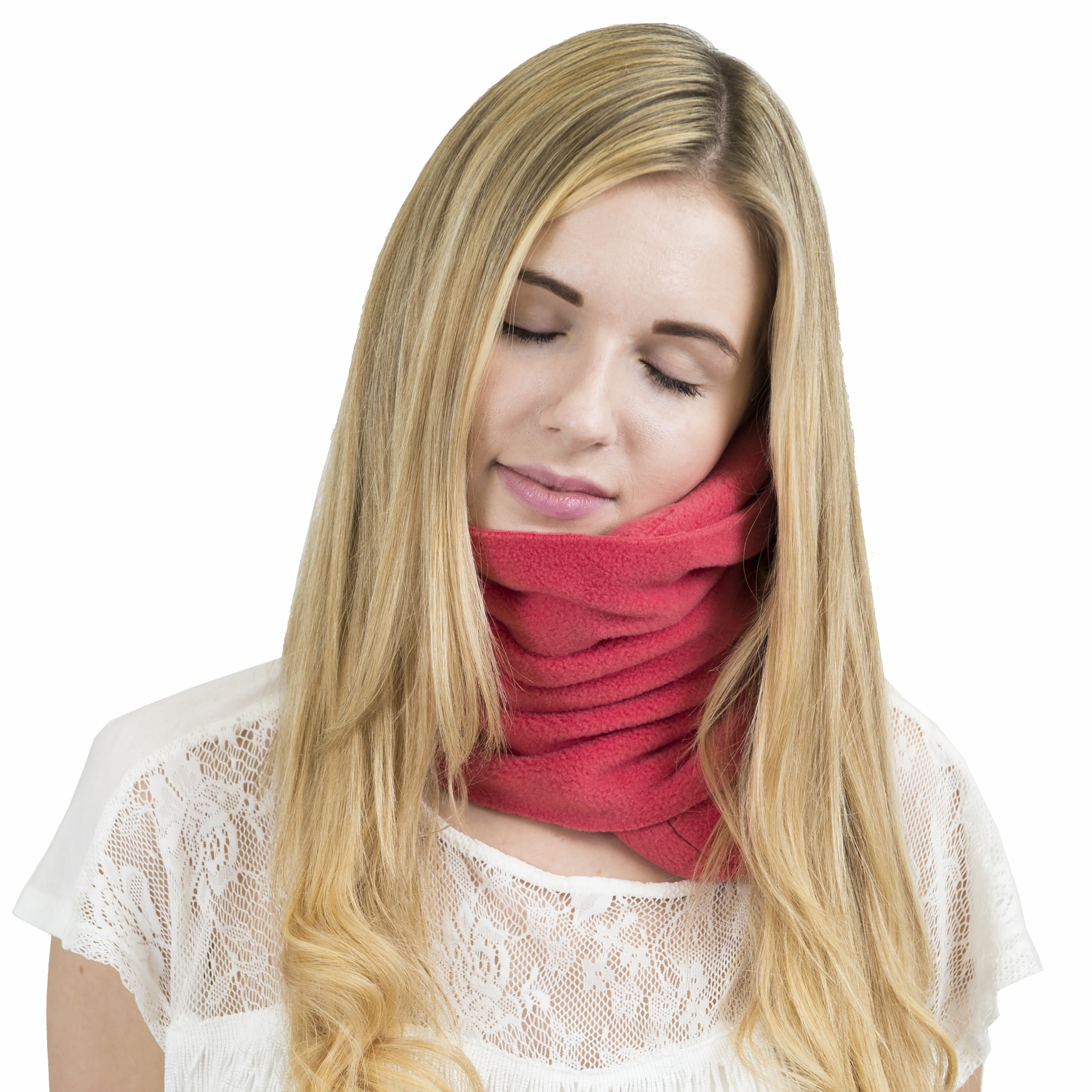 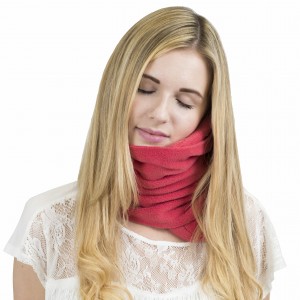 The minute I unwrapped my new toy, the children had whisked it away to play with it in minutes. This is the TRTL, or turtle as it has become known in my house and it is one of the most ingenious inventions for travellers in a long time. In short, it is a neck support that you don’t have to inflate, and that looks rather chic when you are wearing it too. Made of soft fleece, you wrap it around your neck in one easy move and so it looks just like a scarf. Except that it has a cleverly disguised bit of plastic inside it, which offers just enough support for your neck to make that all important ‘loll’ as you dose off on the train or plane. Or indeed, the back of a car. This bit of patented plastic, aka an Internal Support System,  is extremely adaptable and can be worn anywhere across the front of the neck – either side or under the chin.But whatever way you wear it, you don’t look like a dork, and it is gloriously warm and comfort blanket like. I love also that the manufacturers describe it as ‘dribble proof”….never a good look.

My kids didn’t believe it would work, but within seconds they were squabbling over who was going to wear it in front of the telly that night. The older one won, using revision as the trump card, whisking it off to his room for a study session.  Apparently it made for very comfy Spanish vocabulary learning. My advice, however,  if you have boys, and sorry for sexism, get it in pink like I did. There is no way they will nick it from me on our next journey together. Sorry, if that seems like adhering to stereotypes, but sometimes a mother just knows her kids’ limits. Exam season reward for my son is an Interrail Card, however, so I feel a gift coming on. In a more sombre grey perhaps. And having tried and tested it on a three hour train recently, when I did sleep for an ache free 45 minutes (and no sign of dribbling I might add), I have no hesitation in buying a second one. 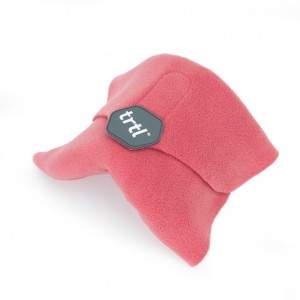 Two other pros of this ‘napscarf’ as the manufacturers call it – first, it is a Scottish creation and brainchild of a young kickstarter and second, it is also only 139 grams in weight, so no big issue when it comes to luggage weight limitations. The only downside is that the plastic inside means it doesn’t roll up so easily to pack, but it is no big deal as it is still very neat and small. And as I always suffer from aching neck syndrome, and I hate those inflatable pillows, I would sacrifice something else in my bag to bring this guy on any trip. If I can ever get it away from my kids. Who summed up their review of the TRTL as, simply, ‘This is sick’.