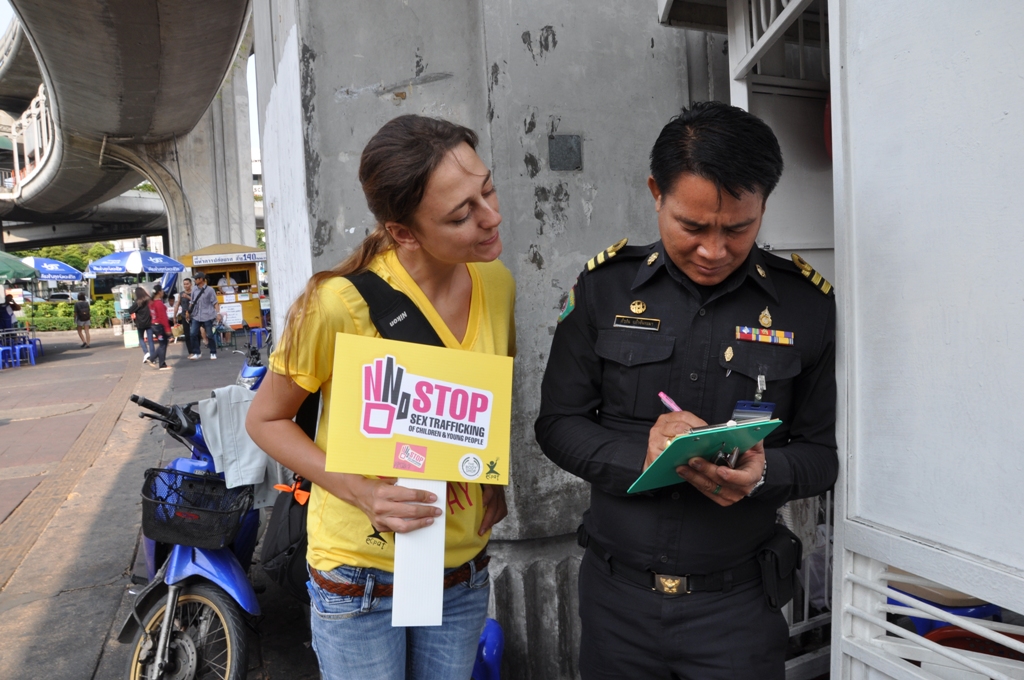 Most of us know that tourism is one of the biggest industries in the world.  However, travelling with the sole purpose of paying money for sex is also a form of tourism, and a multi-million dollar side of the industry it is too. And although these are not the type of economic benefits the world tourism industry boasts about as it develops across the globe, all sectors are set to benefit from it indirectly, including travel agents, hotels, airlines and taxis.

Less well known, however, is that over three million children are exploited for sex around the world. It was not surprising, therefore, that it was one of the topics being debated at last week’s United Nations World Tourism Organisation’s (UNWTO) International Congress on Ethics and Tourism in Madrid, which I attended along with 450 people working in tourism. One of the key speakers was Kathleen Speake, Executive Director of ECPAT International (ecpat.net), a global network of organisations and individuals working together for the elimination of child prostitution, child pornography and the trafficking of children for sexual purposes. Speake not only managed to astound us with her stats and strategies, but also enlisted many of Spain’s leading tourism companies to sign ECPAT’s Code of Conduct for the Protection of Children from Sexual Exploitation in Travel and Tourism, an initiative funded by UNICEF and supported by the UNWTO.

The Code (www.thecode.org) is for companies which are willing to put ethics before profits and already has 1030 signatories in 42 countries. ECPAT is not just about Codes and empty words however. They run international campaigns, lobby local governments to increase policing and change policy and  lead training groups for hotel and other tourism related businesses around the world.

ECPAT’s influence has been significant. In Thailand, for example, there have been more and more prosecutions relating to child sex tourism offences. But it is still happening, and although many prostitutes will claim to be over eighteen, few sex tourists are going to ask for ID. The town of Pattaya, for example, is notorious for prostitution, and you only have to put ‘bachelor holidays Thailand’ into Google or Tripadvisor see that the industry is thriving. In Leo Hickman’s book The Final Call (Eden Project Books, 2008) a serious piece of investigative journalism into the dark sides of tourism, he describes a visit to Pattaya where he saw “men sitting around tables with boys who look as young as ten…it seems gut wrenchingly obvious what must be going on”. They are rarely caught in the act of paying for or having sex with a child, however, as they groom the children in these cafes, and then have them ‘delivered’ at a later stage to their room. As Hickman puts it, “this is child abuse made as easy as ordering a pizza’.

And yet Pattaya, is a town which marketing website gothailand.com promotes as “The ideal family holiday destination” in one paragraph, and a place where “Beer bars and g o-g o bars are dotted all along main roads and side ‘sois’ (streets), and have earned a dubious reputation for Pattaya, but also happens to be one of the main draw-cards” in the next. Thailand is not alone, of course, with ECPAT providing statistics on many countries around the world, such as Mexico’s 20,000 minors being estimated to be victims of prostitution, Kenya claiming to have as many as 30,000 girls aged

from 12 to 14 being sexually exploited in hotels and private villas, and Moscow alone thought to have between 20,000 to 30,000 victimised children.

According to ECPAT, the majority of people exploiting children for sex purposes are not all defined as a ‘paedophile’ either, but more often as a ‘Situational Child Sex Tourist’, i.e. “someone who abuses children by way of experimentation or through the anonymity and impunity afforded by being a tourist. He or she does not have an exclusive sexual inclination for children”.

So, what can we do? Support ECPAT through donations, but also check www.thecode.org to see which companies have signed up and, more significantly perhaps, which ones haven’t. Accor Hotels (which includes Novotel, Mercure, Ibis and Sofitel) have worked with ECPAT for eleven years now, for example. If your hotel, airline, tour operator or travel agency has not signed up, then ask them why not. And most importantly, as confirmed by ECPAT’s website, report anything suspicious directly to them as well to a local authority if you can. This includes if you see a tourist sexually abusing a child, a person selling a child’s services (including a taxi driver, waiter, café owner etc), a tourist trying to buy a child for sexual exploitation and a hotel or travel company allowing it to take place. Child abuse has shocked us for many years at home, but now the time has come to ensure that we don’t let it travel.

An edited version of this article was published in The Irish Times, September 2011